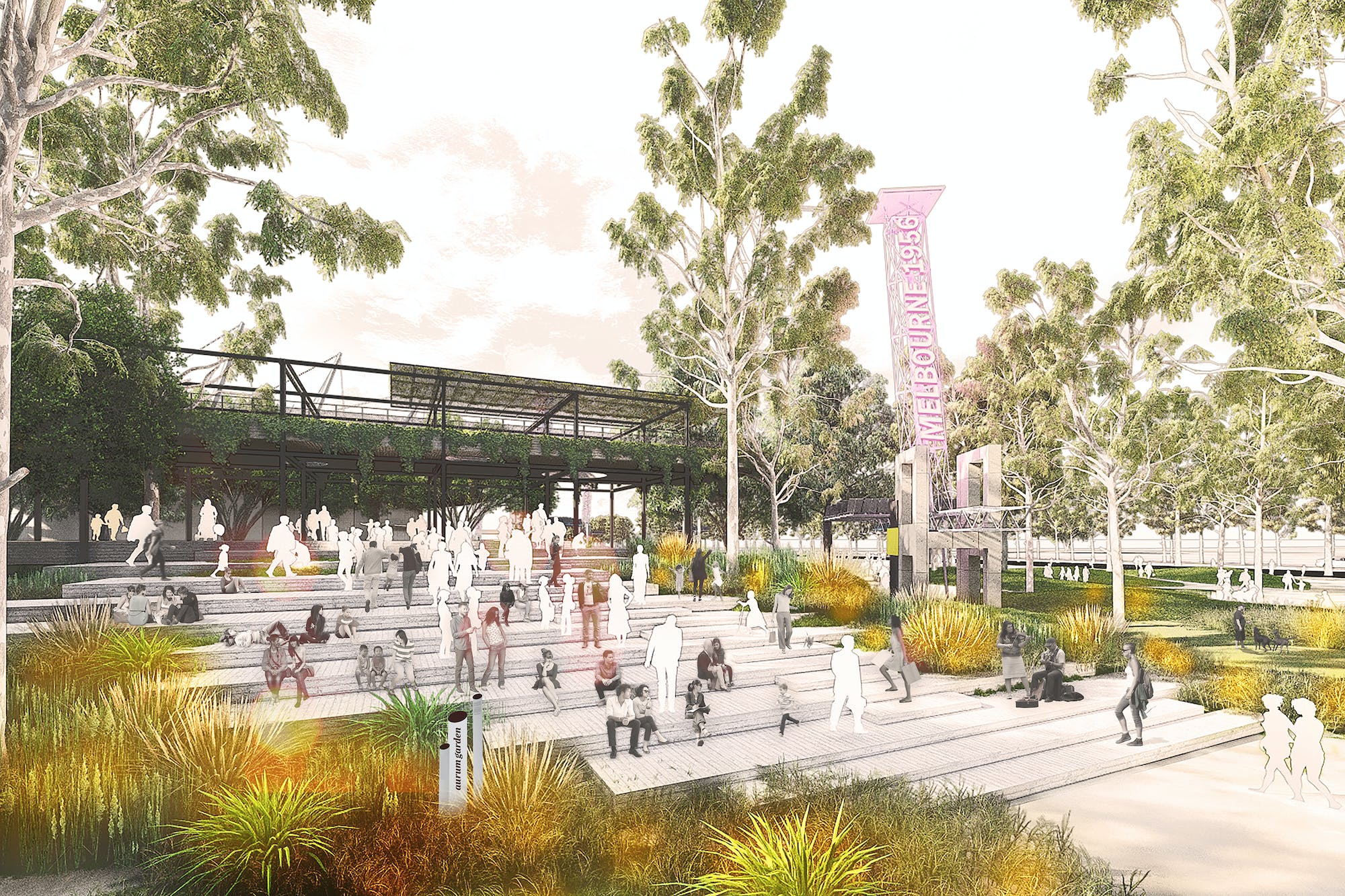 A stadium is a piece of infrastructure for joy, revelry and heartfelt competitiveness. This stadium is the birthplace of a legend – it is the moment Indigenous Australia, for the first time, was placed at the symbolic pinnacle of modern Australian identity. That moment of Cathy Freeman lighting the Olympic cauldron has long since passed, but its importance reverberates on as a challenge to continually heal and grow.

OCULUS led a multidisciplinary team that included March Studio, Alluvium, Broached Commissions, Atelier 10, Smart Planning and Design, Reko Rennie and Bruce Pascoe in the Sydney Olympic Park Authority's Stadia Precinct design competition, competing against three other shortlisted teams. Our competition scheme is designed to celebrate pluralism through a series of distinct but interconnected gardens. This diverse community of gardens are defined by a frame that recontextualises everything within the stadium grounds and the stadium itself.

The frame is central to defining the landscaping; an armature to the art, it will define the threshold from the street to the stadium precinct, from public realm to retail and integrate the up-coming residential towers into a multi-tiered green experience.

The frame constructs a middle landscape descaling the enormity of the stadium, creating an occupiable zone between the binaries of street and stadia; framing views of the earth and sky, through an emphasis on Biophilia.

The frame enables visitors to look at and experience the precinct differently by changing its meaning, by re-examining from a different perspective the relationship between people and place. Both structural and narrative led re-framing allows us to unfreeze the Olympics 2000 version of the precinct with a set of new but related narratives; tactile, viewable from many vantage points, aromatic, interactive and enabling of micro-communities, always attentive to the needs of the mass migration of audiences to and from the stadium.

The major counterpoint to the frame is a curated walk of themed gardens that encircles the stadium, at times spectacular at others quietly whimsical, all offering immerse educational opportunities through distinct atmosphere and character. The garden themes are site specific and culturally contextual, evoking the contemporary challenges we face, whether environmental, social, cultural or political. Their names prompt curiosity and encourage to consider our broad intention; to challenge the singular reading of the civic landscape.

The public art strategy produced by Broached Commissions and March Studio included the commissioning of four major sculptures by Indigenous artists on the main compass points around the stadium, interspersed by eight other commissions that will be completed by artists from the North East (USA or Canada), the South East (New Zealand or Argentina), the South West (South Africa) and the North West (China). By using the stadium as the centre of the compass we position Australia at the centre of the globe, rather than at its far edges, foregrounding Indigenous artists and the oldest living culture in the world.

Environmentally, the scheme conserves and enhances ecological and biological functions, unlocks the environmental and recreational value of the Stadia Precinct to create a cool, green setting that hangs together off one frame yet changes as you move through the precinct. 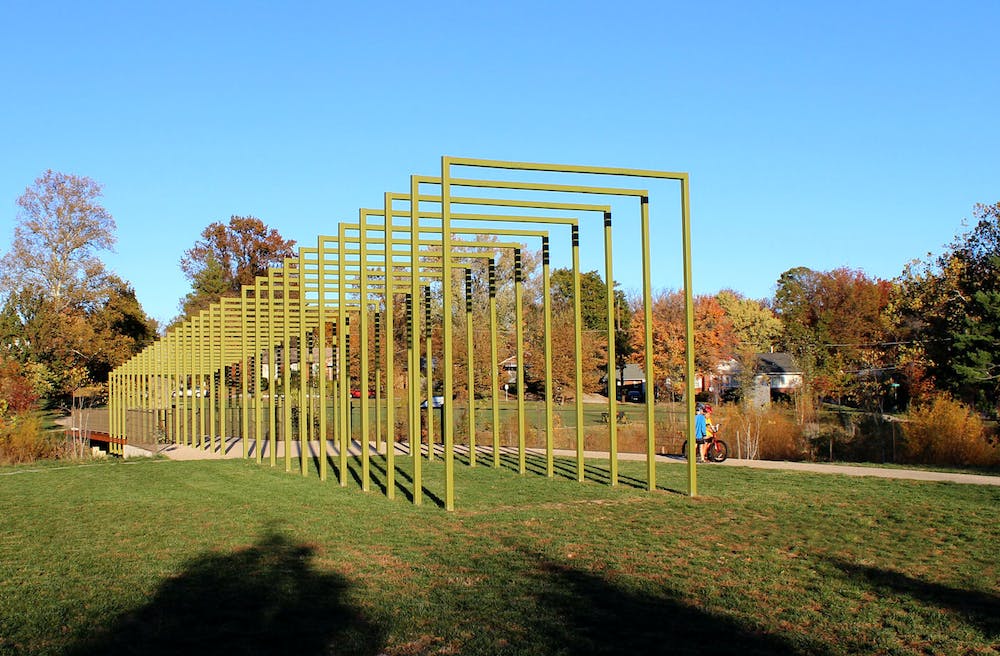