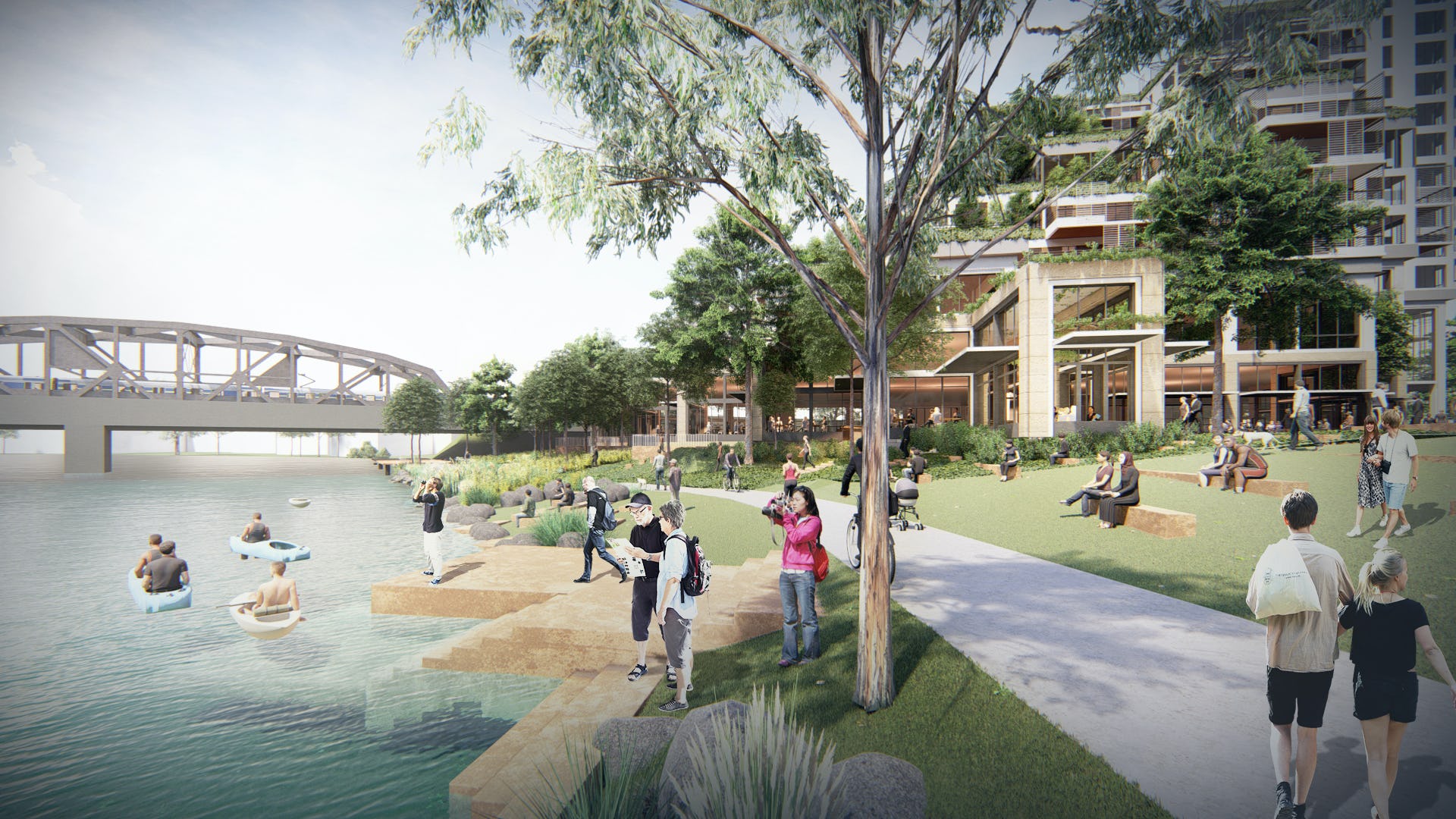 The City of Melbourne's Future Melbourne Committee has approved plans to create a mixed-use precinct on a large brownfield site on the banks of the Maribyrnong River in Melbourne, endorsing the application in a meeting on August 18.

Designed by a team including Foster and Partners, Fender Katsalidis and OCULUS for developer Perri Projects, the development will create new opportunities to connect and engage with the Maribyrnong River – a river that has significantly less public access along its banks than Melbourne's Yarra River (Birrarung) due to its industrial past.

The site occupies five parcels of land (approximately 2.8 hectares) at 156-232 Kensington Road in West Melbourne. A significant portion of the site will be returned to public space. The development will create 800 metres of new bike lanes, a “green laneway” connection to the river, and also includes upgrades to footpaths and lighting to provide safer transport links and access to South Kensington Station.

View coverage of the project on ArchitectureAU here.