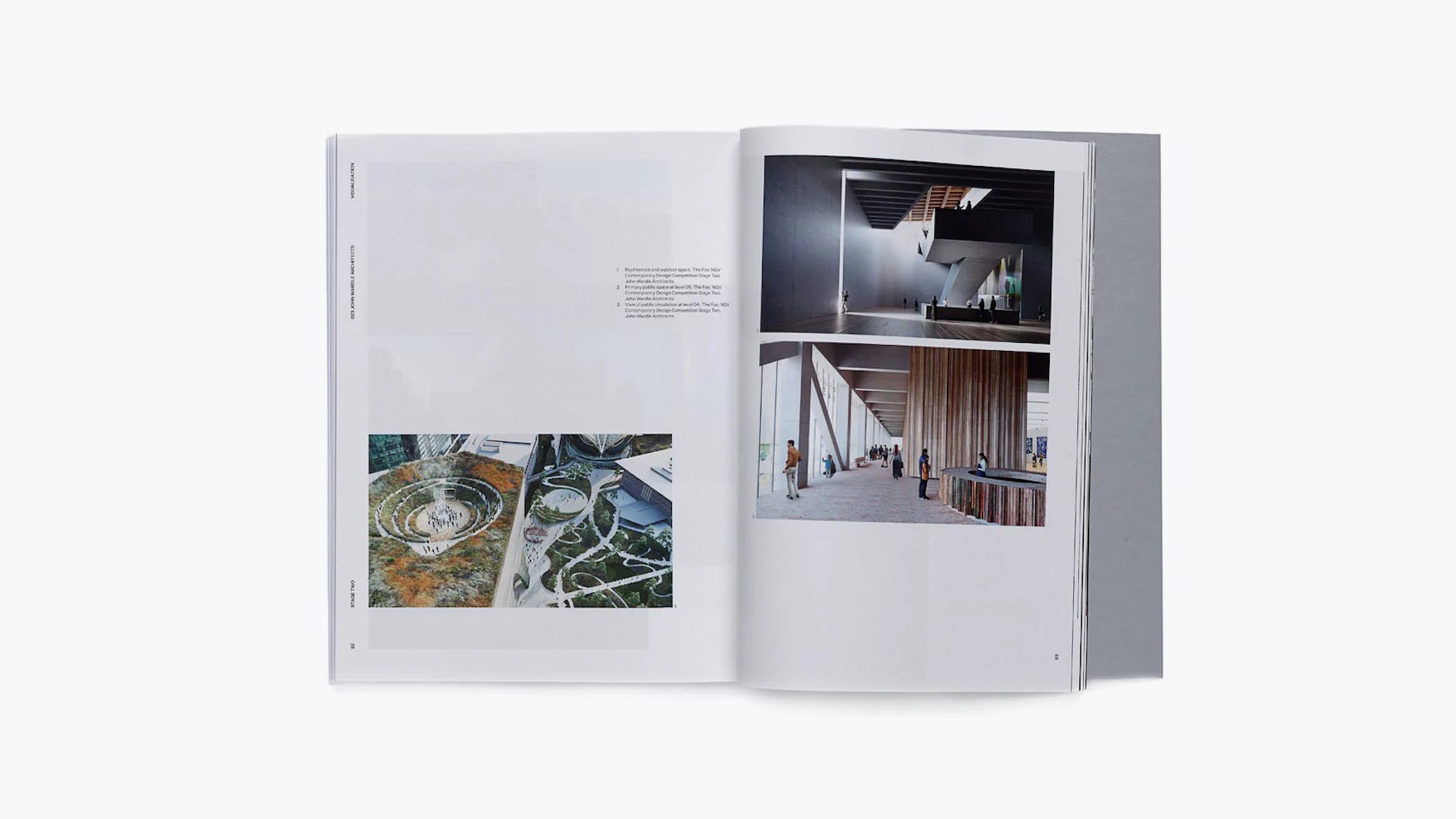 Following a two-part expression of interest, the NGV Contemporary Design Competition Jury nominated eight teams to participate in the competition Stage One, with each developing an initial visionary design proposal. From these eight, the Jury shortlisted just four teams to progress, refine and resolve their design during Stage Two – OCULUS was part of a shortlisted team led by John Wardle Architects.

Competition entries are on exhibition on at The Ian Potter Centre: NGV Australia, Fed Square until 5 February 2023. An exhibition catalogue has been published by URO, and is available from the NGV Store.