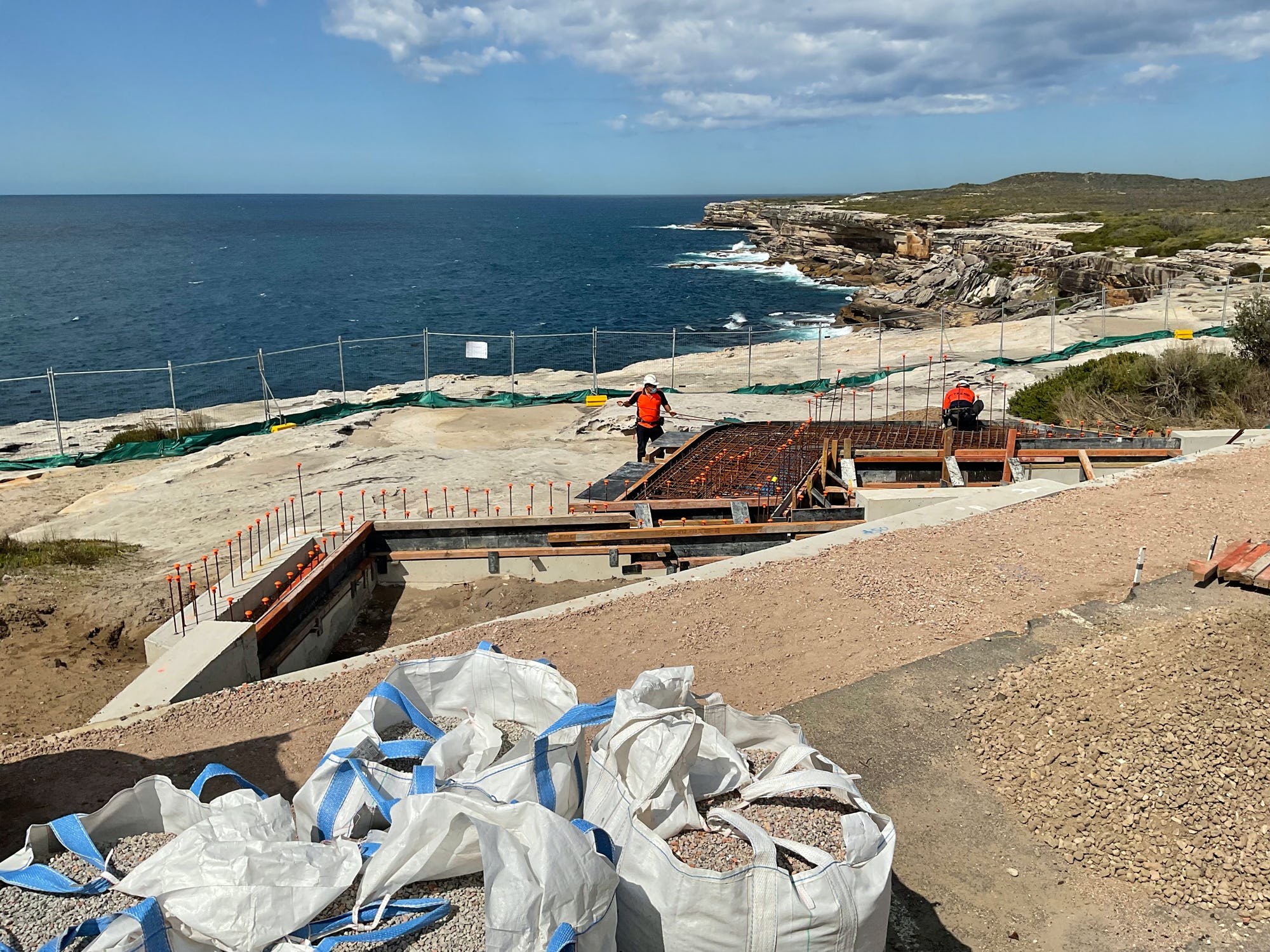 Construction has commenced on a new OCULUS-designed lookout at Cape Solander, with contractor AJ Bristow commencing concrete pours for the viewing terraces this week.

The project replaces an existing shelter structure that was in poor condition and also includes improvements to the carpark. The design consists of a series of seating and viewing terraces which cantilever over a sandstone rock shelf to enable multiple viewing points to spot humpback whales during their annual migration along the NSW coast. The main shelter is identified by two separate roof structures whose forms are inspired by humpback whales. Surrounding the shelters are three viewing decks of differing elevations, providing multiple viewing points to spot passing whales.

Cape Solander is a picturesque sandstone headland within the Kamay Botany Bay National Park, NSW, part of the Eora Nation.

Construction is due to be completed at the end of the year.